Here at Genie of Fairview Door Co., our customers have relied on us to help install, set up and reprogram garage door opener systems since 1964! Before you call us, though, you may be able to self-diagnose and solve a hand-held remote programming issue on your own.

Gently press and release the radio receiver Learn Code button on the Genie of Fairview motor head in your garage. This small, black, usually unmarked button is often located behind the light cover on the motor head and is nearest the 8 inch floppy antenna wire protruding from the head. After pressing this button once, a red indicator light located next to the button will start blinking red for 30 seconds. **

** To erase all Intellicode remotes and wireless keyless entry, gently hold down on the learn button until the red indicator light stops blinking. Proceed to Step 1 above. 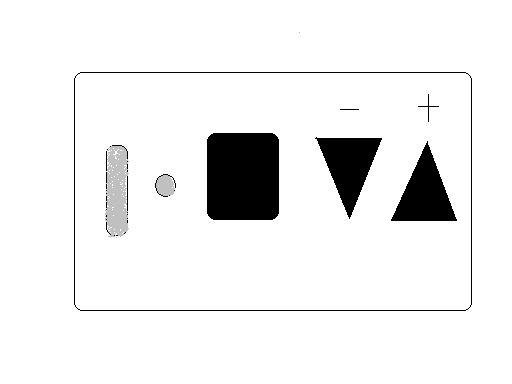 These remotes work by matching the settings on the internal code switches with the radio receiver on the garage ceiling. Look for the floppy 8 inch floppy antenna wire for the location of the radio control receiver . The above diagram shows a GT912 set switch system. The GT90 series would only show the bottom 12 numbers. On the GT912 diagram the wide switch to the right is based on whether your radio receiver in the garage is a 9 switch or 12 switch. If a 9 switch move this wide switch up for 9 and only follow the top nine numbers to match the receiver switches. Note: these remotes will only work the Genie remotes with a frequency of 390.